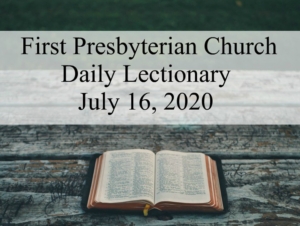 14When the people set out from their tents to cross over the Jordan, the priests bearing the ark of the covenant were in front of the people. 15Now the Jordan overflows all its banks throughout the time of harvest. So when those who bore the ark had come to the Jordan, and the feet of the priests bearing the ark were dipped in the edge of the water, 16the waters flowing from above stood still, rising up in a single heap far off at Adam, the city that is beside Zarethan, while those flowing toward the sea of the Arabah, the Dead Sea, were wholly cut off. Then the people crossed over opposite Jericho. 17While all Israel were crossing over on dry ground, the priests who bore the ark of the covenant of the LORD stood on dry ground in the middle of the Jordan, until the entire nation finished crossing over the Jordan.

1When the entire nation had finished crossing over the Jordan, the LORD said to Joshua: 2“Select twelve men from the people, one from each tribe, 3and command them, ‘Take twelve stones from here out of the middle of the Jordan, from the place where the priests’ feet stood, carry them over with you, and lay them down in the place where you camp tonight.'” 4Then Joshua summoned the twelve men from the Israelites, whom he had appointed, one from each tribe. 5Joshua said to them, “Pass on before the ark of the LORD your God into the middle of the Jordan, and each of you take up a stone on his shoulder, one for each of the tribes of the Israelites, 6so that this may be a sign among you. When your children ask in time to come, ‘What do those stones mean to you?’ 7then you shall tell them that the waters of the Jordan were cut off in front of the ark of the covenant of the LORD. When it crossed over the Jordan, the waters of the Jordan were cut off. So these stones shall be to the Israelites a memorial forever.”

It’s not uncommon to imagine a river as a kind of marker of time. “Time, like an ever rolling stream, Bears all its sons away; They fly, forgotten, as a dream Dies at the opening day.” The river always moves—except for when it doesn’t. The presence of God interrupts the flow of time and the flow of the river. Israel marches across the Jordan on dry land, just as they went through the Red Sea some forty years earlier. This pause happens on momentous occasions when God stops the flow of the ordinary with an announcement of extraordinary grace. The priests stand still, holding the ark, a testament to eternity as the people march on. How can the people remember when time stood still? They gather stones from where the priests stood and carry them away. Even though they go back into the ordinary, the eternal reminder of God’s interrupting grace is always with them. So if time seems to be standing still for now—and for many of us it does—what stones can you gather to remind you of eternity?

God, in our ordinary lives, remind us of your extraordinary grace that sustains us in the way of faith, following your Son, Jesus. Amen.