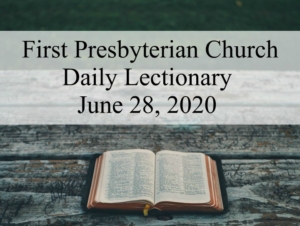 12Many of them therefore believed, including not a few Greek women and men of high standing. 13But when the Jews of Thessalonica learned that the word of God had been proclaimed by Paul in Beroea as well, they came there too, to stir up and incite the crowds. 14Then the believers immediately sent Paul away to the coast, but Silas and Timothy remained behind. 15Those who conducted Paul brought him as far as Athens; and after receiving instructions to have Silas and Timothy join him as soon as possible, they left him.

16While Paul was waiting for them in Athens, he was deeply distressed to see that the city was full of idols. 17So he argued in the synagogue with the Jews and the devout persons, and also in the marketplace every day with those who happened to be there. 18Also some Epicurean and Stoic philosophers debated with him. Some said, “What does this babbler want to say?” Others said, “He seems to be a proclaimer of foreign divinities.” (This was because he was telling the good news about Jesus and the resurrection.) 19So they took him and brought him to the Areopagus and asked him, “May we know what this new teaching is that you are presenting? 20It sounds rather strange to us, so we would like to know what it means.” 21Now all the Athenians and the foreigners living there would spend their time in nothing but telling or hearing something new.

22Then Paul stood in front of the Areopagus and said, “Athenians, I see how extremely religious you are in every way. 23For as I went through the city and looked carefully at the objects of your worship, I found among them an altar with the inscription, ‘To an unknown god.’ What therefore you worship as unknown, this I proclaim to you. 24The God who made the world and everything in it, he who is Lord of heaven and earth, does not live in shrines made by human hands.

Paul is led to the Areopagus to proclaim Jesus Christ. The Areopagus was the place Athenians went to argue philosophy or politics (named after Ares, the Greek god of war)—think modern-day Twitter but fewer memes. And, no doubt, there were likely plenty of experienced skeptics there to put Paul in his place. Paul doesn’t hold back but wades right into the fray, articulating his belief in light of the Athenians’ openness. They have an altar to an unknown God in their city, and Paul has come to tell them exactly who that God is. We know who that God is partly thanks to Paul. God is the creator. God is the one who calls and guides Israel. God is the one who becomes flesh in Jesus Christ and dies for us. Yet maybe, despite our acquaintance with the stories and tradition of our faith, part of us knows that we have an altar to the unknown God in our hearts. As much as we know about God, we know that God is always beyond us—beyond our arguments, beyond our comfort, beyond our certainty. We want to take Paul to the Areopagus to question him as if, putting God on our own turf, we can understand in our own way. Paul points out that this isn’t how God works: that, as much as we would like answers to our questions—when will COVID go away? When will God step in to right the injustices of our world? When will things get back to normal?—the unknowable God doesn’t live in our easily accessible answers. The fire to the unknown still burns, which is exactly the good news—because who would have expected God to save us through Jesus Christ? Who knows what God will do next?

God, we do not know the way, but we confess that it belongs to you. Help us to walk in faith, even if we cannot see ahead, leaning on your grace and love, in Jesus Christ. Amen.