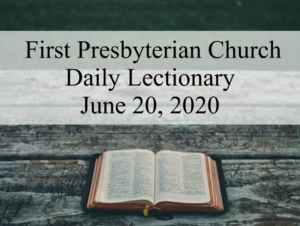 31Then the men who had gone up with him said, “We are not able to go up against this people, for they are stronger than we.” 32So they brought to the Israelites an unfavorable report of the land that they had spied out, saying, “The land that we have gone through as spies is a land that devours its inhabitants; and all the people that we saw in it are of great size. 33There we saw the Nephilim (the Anakites come from the Nephilim); and to ourselves we seemed like grasshoppers, and so we seemed to them.”

1Then all the congregation raised a loud cry, and the people wept that night. 2And all the Israelites complained against Moses and Aaron; the whole congregation said to them, “Would that we had died in the land of Egypt! Or would that we had died in this wilderness! 3Why is the LORD bringing us into this land to fall by the sword? Our wives and our little ones will become booty; would it not be better for us to go back to Egypt?” 4So they said to one another, “Let us choose a captain, and go back to Egypt.”

5Then Moses and Aaron fell on their faces before all the assembly of the congregation of the Israelites. 6And Joshua son of Nun and Caleb son of Jephunneh, who were among those who had spied out the land, tore their clothes 7and said to all the congregation of the Israelites, “The land that we went through as spies is an exceedingly good land. 8If the LORD is pleased with us, he will bring us into this land and give it to us, a land that flows with milk and honey. 9Only, do not rebel against the LORD; and do not fear the people of the land, for they are no more than bread for us; their protection is removed from them, and the LORD is with us; do not fear them.” 10But the whole congregation threatened to stone them.

Then the glory of the LORD appeared at the tent of meeting to all the Israelites. 11And the LORD said to Moses, “How long will this people despise me? And how long will they refuse to believe in me, in spite of all the signs that I have done among them? 12I will strike them with pestilence and disinherit them, and I will make of you a nation greater and mightier than they.”

13But Moses said to the LORD, “Then the Egyptians will hear of it, for in your might you brought up this people from among them, 14and they will tell the inhabitants of this land. They have heard that you, O LORD, are in the midst of this people; for you, O LORD, are seen face to face, and your cloud stands over them and you go in front of them, in a pillar of cloud by day and in a pillar of fire by night. 15Now if you kill this people all at one time, then the nations who have heard about you will say, 16‘It is because the LORD was not able to bring this people into the land he swore to give them that he has slaughtered them in the wilderness.’ 17And now, therefore, let the power of the LORD be great in the way that you promised when you spoke, saying, 18‘The LORD is slow to anger, and abounding in steadfast love, forgiving iniquity and transgression, but by no means clearing the guilty, visiting the iniquity of the parents upon the children to the third and the fourth generation.’ 19Forgive the iniquity of this people according to the greatness of your steadfast love, just as you have pardoned this people, from Egypt even until now.”

20Then the LORD said, “I do forgive, just as you have asked; 21nevertheless – as I live, and as all the earth shall be filled with the glory of the LORD – 22none of the people who have seen my glory and the signs that I did in Egypt and in the wilderness, and yet have tested me these ten times and have not obeyed my voice, 23shall see the land that I swore to give to their ancestors; none of those who despised me shall see it. 24But my servant Caleb, because he has a different spirit and has followed me wholeheartedly, I will bring into the land into which he went, and his descendants shall possess it. 25Now, since the Amalekites and the Canaanites live in the valleys, turn tomorrow and set out for the wilderness by the way to the Red Sea.”

Did you see it? Even in this long reading today, it sticks out. God is so fed up with Israel that he is ready to start over again with Moses: “How long will this people despise me? And how long will they refuse to believe in me, in spite of all the signs that I have done among them? I will strike them with pestilence and disinherit them, and I will make of you a nation greater and mightier than they.” Even God gets frustrated when things don’t get better. Moses does some quick thinking, and cautions God about the fallout of such a decision—you’ll make the Egyptians right in the end, the ones who warned what would happen if the Israelites left. This request or prayer—or maybe just a cooling off period—dampens God’s anger. We might consider the last verse as an expression of God’s anger. The people are to be diverted away from the Promised Land, away from this manifestation of grace and provision. They will not be the ones to realize God’s promise. But we could also read it as an expression of God’s care for the people—they’re turning away from enemies and into the wilderness. Their lives will be nothing less than close communion with God. That’s always the result of forgiveness, even if it doesn’t feel that way. We keep wandering, God knows exactly where we are.

God, forgive us, because we have left the way of faith, looking for our own. Let your Spirit guide and correct, returning us to the way that always leads to you. We pray in Christ’s name. Amen.