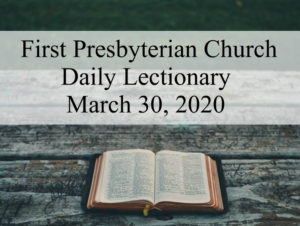 30They went on from there and passed through Galilee. He did not want anyone to know it; 31for he was teaching his disciples, saying to them, “The Son of Man is to be betrayed into human hands, and they will kill him, and three days after being killed, he will rise again.” 32But they did not understand what he was saying and were afraid to ask him.

33Then they came to Capernaum; and when he was in the house he asked them, “What were you arguing about on the way?” 34But they were silent, for on the way they had argued with one another who was the greatest. 35He sat down, called the twelve, and said to them, “Whoever wants to be first must be last of all and servant of all.” 36Then he took a little child and put it among them; and taking it in his arms, he said to them, 37“Whoever welcomes one such child in my name welcomes me, and whoever welcomes me welcomes not me but the one who sent me.”

38John said to him, “Teacher, we saw someone casting out demons in your name, and we tried to stop him, because he was not following us.” 39But Jesus said, “Do not stop him; for no one who does a deed of power in my name will be able soon afterward to speak evil of me. 40Whoever is not against us is for us. 41For truly I tell you, whoever gives you a cup of water to drink because you bear the name of Christ will by no means lose the reward.”

The disciples argue about who is the greatest. Jesus, of course, doesn’t answer. Instead he brings a child forward and talks about the welcome of God: “Whoever welcomes one such child in my name welcomes me, and whoever welcomes me welcomes not me but the one who sent me.” This theme is repeated elsewhere in the Gospels— “if you did this to the least of these, you did it unto me.” One of the challenges of our lives, then, is that we don’t just see others as children or parents or friends or enemies or neighbors. We see (or try to see) everyone as a representation of Jesus. So when we offer hospitality or help; or when we think about who will be most affected by the virus—the elderly or the sick—we’re thinking about how we would treat Jesus in the lives of others. Maybe that would change how we would treat “the least of these.” At the very least it might prevent us from thinking about our own greatness.

Loving God, accompany us in our weakness, that we might have the greatness of heart to care for others as you have cared for us, in Jesus, your Son. Amen.