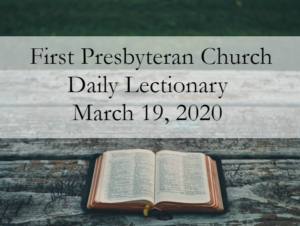 30The apostles gathered around Jesus, and told him all that they had done and taught. 31He said to them, “Come away to a deserted place all by yourselves and rest a while.” For many were coming and going, and they had no leisure even to eat. 32And they went away in the boat to a deserted place by themselves. 33Now many saw them going and recognized them, and they hurried there on foot from all the towns and arrived ahead of them. 34As he went ashore, he saw a great crowd; and he had compassion for them, because they were like sheep without a shepherd; and he began to teach them many things. 35When it grew late, his disciples came to him and said, “This is a deserted place, and the hour is now very late; 36send them away so that they may go into the surrounding country and villages and buy something for themselves to eat.” 37But he answered them, “You give them something to eat.” They said to him, “Are we to go and buy two hundred denarii worth of bread, and give it to them to eat?” 38And he said to them, “How many loaves have you? Go and see.” When they had found out, they said, “Five, and two fish.” 39Then he ordered them to get all the people to sit down in groups on the green grass. 40So they sat down in groups of hundreds and of fifties. 41Taking the five loaves and the two fish, he looked up to heaven, and blessed and broke the loaves, and gave them to his disciples to set before the people; and he divided the two fish among them all. 42And all ate and were filled; 43and they took up twelve baskets full of broken pieces and of the fish. 44Those who had eaten the loaves numbered five thousand men.

45Immediately he made his disciples get into the boat and go on ahead to the other side, to Bethsaida, while he dismissed the crowd. 46After saying farewell to them, he went up on the mountain to pray.

Jesus tells his disciples to “come away to a deserted place all by yourselves and rest for a while.” Maybe that’s what he’s telling us, too. Social distancing, voluntary quarantines, limits on groups mean that we are alone in a new way, separated from work or friends, family or community in a way that was unthinkable even a couple of weeks ago. The consequence of this relative isolation is that we’re hungry—hungry for relationship, hungry for each other, hungry for normalcy, hungry for good news. What Jesus points out, then, is not that we have to be separate from one another, even when we are apart. We are still together, united in compassion for all those who cannot find any food except hope. Jesus says, “you feed them.” Where is our hope? Who is our hope? We might see the unfolding problem and wonder what to do: “They said to him, ‘Are we to go and buy two hundred denarii worth of bread, and give it to them to eat?’” But God eradicates barriers, pointing to abundance instead: “How many loaves have you? Go and see.” It may not feel like you have many loaves to give right now. But you have more than you think, at least in your witness to the God who will not leave us alone, and feeds us, whether we deserve it or not. We might not have enough loaves alone. But we, who are isolated far on the outskirts of our everyday reality, have a savior who has given us each other. There is enough bread to go around, even on the days when we feel too hungry to hope.

Gracious God, feed us with your life and grace—nothing else will satisfy. Fill us with the comfort and compassion of your Holy Spirit that we might care and feed and do all that you have called us to, as we offer hope and healing to a hungry world. Keep the sick and the vulnerable in your love, and guard us under the shadow of your wings, in Jesus Christ. Amen.