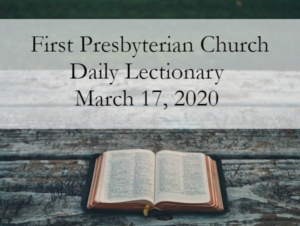 1Then Joseph could no longer control himself before all those who stood by him, and he cried out, “Send everyone away from me.” So no one stayed with him when Joseph made himself known to his brothers. 2And he wept so loudly that the Egyptians heard it, and the household of Pharaoh heard it. 3Joseph said to his brothers, “I am Joseph. Is my father still alive?” But his brothers could not answer him, so dismayed were they at his presence.

4Then Joseph said to his brothers, “Come closer to me.” And they came closer. He said, “I am your brother, Joseph, whom you sold into Egypt. 5And now do not be distressed, or angry with yourselves, because you sold me here; for God sent me before you to preserve life. 6For the famine has been in the land these two years; and there are five more years in which there will be neither plowing nor harvest. 7God sent me before you to preserve for you a remnant on earth, and to keep alive for you many survivors. 8So it was not you who sent me here, but God; he has made me a father to Pharaoh, and lord of all his house and ruler over all the land of Egypt. 9Hurry and go up to my father and say to him, ‘Thus says your son Joseph, God has made me lord of all Egypt; come down to me, do not delay. 10You shall settle in the land of Goshen, and you shall be near me, you and your children and your children’s children, as well as your flocks, your herds, and all that you have. 11I will provide for you there – since there are five more years of famine to come – so that you and your household, and all that you have, will not come to poverty.’ 12And now your eyes and the eyes of my brother Benjamin see that it is my own mouth that speaks to you. 13You must tell my father how greatly I am honored in Egypt, and all that you have seen. Hurry and bring my father down here.” 14Then he fell upon his brother Benjamin’s neck and wept, while Benjamin wept upon his neck. 15And he kissed all his brothers and wept upon them; and after that his brothers talked with him.

Scripture is full of moments of reversal—Adam and Eve expelled from paradise; Israel trapped against the Red Sea and then free on the other side; exile and restoration; cross and resurrection. But even these may not pack the immediate drama and relational pathos of Joseph and his brothers. Joseph was the favored son of the Biblical patriarch Jacob (you remember Joseph and his coat). Joseph’s jealous brothers conspired to sell Joseph into slavery. And here, at the end of some years, his brothers have come to Egypt to beg for food during a famine. Joseph, long-forgotten, has risen from slavery to become overseer of Egypt. But his brothers do not recognize him; and Joseph plays a game by framing their youngest brother, Benjamin, for theft. Eventually the game blows back against Joseph and he can’t keep up the pretense: “Then Joseph could no longer control himself before all those who stood by him, and he cried out, ‘Send everyone away from me.’” The brothers, long-guilty of a terrible crime, think they are going to meet the anger of an official who holds the power of life and death over their heads. Who they meet instead is their brother, sent on through God’s purposes, to bring life even out of the darkest depths: “God sent me before you to preserve for you a remnant on earth, and to keep alive for you many survivors. So it was not you who sent me here, but God.” This is the great reminder of what we keep forgetting—that no matter how terrible the circumstance, no matter how challenging the times, God is at work to bring order out of chaos, love from hatred, and hope from rubble. God sends the one who makes a way through death to provide for the remnant, for many survivors, the hope of life even from the perspective of the cross.

Surprise us with your grace again, Holy God—that you would draw us out of the depths of despair and into the fullness of your hope, through the saving work of Jesus Christ, your Son. Amen.