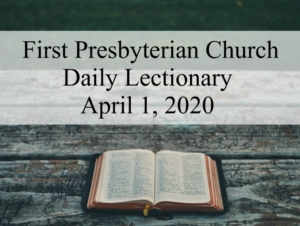 14But thanks be to God, who in Christ always leads us in triumphal procession, and through us spreads in every place the fragrance that comes from knowing him. 15For we are the aroma of Christ to God among those who are being saved and among those who are perishing; 16to the one a fragrance from death to death, to the other a fragrance from life to life. Who is sufficient for these things? 17For we are not peddlers of God’s word like so many; but in Christ we speak as persons of sincerity, as persons sent from God and standing in his presence.

1Are we beginning to commend ourselves again? Surely we do not need, as some do, letters of recommendation to you or from you, do we? 2You yourselves are our letter, written on our hearts, to be known and read by all; 3and you show that you are a letter of Christ, prepared by us, written not with ink but with the Spirit of the living God, not on tablets of stone but on tablets of human hearts.

4Such is the confidence that we have through Christ toward God. 5Not that we are competent of ourselves to claim anything as coming from us; our competence is from God, 6who has made us competent to be ministers of a new covenant, not of letter but of spirit; for the letter kills, but the Spirit gives life.

Paul doesn’t have much of a reputation as a writer. Oscar Wilde once said something like: the best argument against Christianity is the Apostle Paul’s prose style. But Paul’s letters to Corinth bring out something of his best (“you are a letter of Christ, prepared by us, written not with ink but with the Spirit of the living God but on tablets of human hearts”). This is despite the fact that Corinth may have given Paul more trouble than any of the other churches he started and supported. Maybe it was the challenge that brought out his best. We think that there were several letters between Paul and Corinth—maybe even five. But most were lost and so we have First and Second Corinthians. In between these letters Paul visited the church and things did not go well. And since that fateful visit Paul sent another letter, “a letter of tears,” calling the church back to faith and obedience. In short, Paul is fed up; and now all he can do is reassert who he is to offer correction. Paul claims that he is a minister of God whose “competence is from God.” Paul doesn’t encourage or chide or correct because he has everything figured out—but because this is the work that God has given him to do. As such, the church in Corinth is something authored by Paul “you yourselves are our letter,” written on Paul’s own heart. The life of the church is the witness to the one who planted it. In the same way, the church is “a letter of Christ,” because ultimately the author of all Christian community—of all of us—is God. And the life of God isn’t just written in what we say but in the way we live, written “on tablets of human hearts.” This is the goal of all of it—all the reading, worship, study, and learning we do (in church, or in reflections like these) so that something of God will be written on our hearts, not just on the page. It’s in our lives that something of God comes to life, just as “The Word became flesh and dwelt among us.”

Holy God, write your word of grace on our hearts, that in the telling of our lives we might proclaim who you are for us, in the love of Jesus, your Son. Amen.